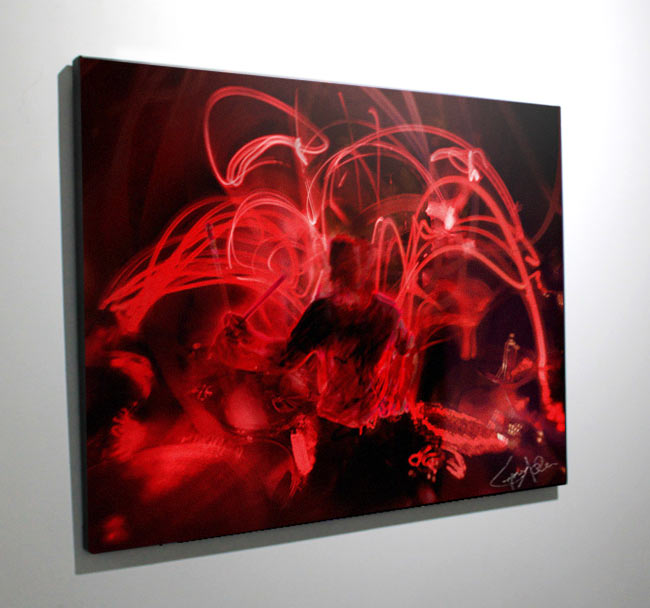 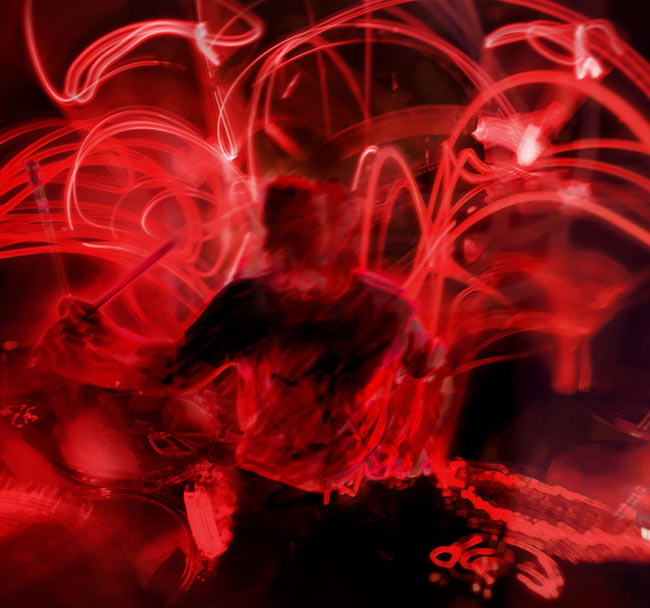 One of the finest works in the collection, The Number 6 showcases Adler in the midst of creating the visual. The artwork's color is best described as a true lava red set against black. Viewers will note various parts of Adler's drum kit reflecting from the lights as Chris creates the canvas' visual.

Measuring 40"x 30" on canvas, there are a total of 35 in the edition. All are numbered and individually signed by Chris Adler. Ships with SceneFour Certificate of Authenticity.

Now You've Got
Something To Die For

In Your Words
Close


Chris Adler is one of the most recognizable names in rhythm. As the founding drummer of Lamb of God, Adler's extraordinary chops, unique performance style, and compositional abilities are a key ingredient to the band's sound and extraordinary success. He's also contributed to some of the most high profile metal releases of the last decade. With Megadeth, Adler provided rhythm for arguably the band's most critically acclaimed album, Dystopia. With Dystopia, Adler received his first Grammy Award for Best Metal Performance. Adler also played drums with Protest the Hero on the album Volition, which received a Juno Award in 2018, as well as performed on several tracks with legendary metal band Testament on their album Dark Roots of the Earth. Currently on tour with Lamb of God for Slayer's farewell tour, Adler is midway through the most anticipated metal tour of 2018.


"Dancing with the Devil" is the debut art collection of drummer Chris Adler. The collection's visuals are crafted from the new medium of rhythm-on-canvas, which is a unique artistic process that begins with Adler working with drumsticks that light, much like a painter uses brushes with oils. As artist, Adler constructed rhythms that would translate to canvas in remarkable ways for this collection. Then through an extensive second phase of creation, the images are brought into the Los Angeles studio of SceneFour. At SceneFour, the images and color channels are manipulated in a variety of ways to bring out the true abstract nature of Adler's rhythms. In total, there are 9 different works in the collection. Each are available in highly limited edition sizes and all are numbered and individually signed by Chris Adler.